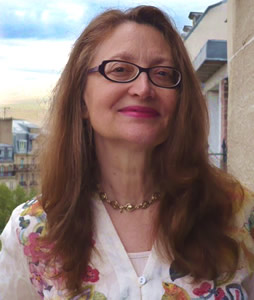 Lynn Bell is a Paris-based astrologer whose work spans multiple cultures as a speaker, teacher, author and consultant in astrology. She has been teaching at The Centre for Psychological Astrology in London since 1995, and has had an active consultation practice in Paris for over twenty-five years. Living in France, she has developed a strongly cyclic approach to astrology and blended it with her own psychological work as well as training in Eriksonian Hypnosis and work in family therapy.

A background in literature and sociology come together in an keen interest in the relationship between the individual and collective cycles. She has spoken at most of the major astrology conferences in the world, UAC, ISAR, the World Congress in Switzerland and the FAA in Australia, as well as many other venues in the UK and Europe, Mexico and the US. She has been a tutor for The Faculty of Astrological Studies Summer school in Oxford, and teaches seminars internationally. She has recently taught seminars in Austria, Norway, Holland and Germany, as well as France and Mexico. She joined MISPA at its inception in 2015.

Her articles have appeared in The Mountain Astrologer, Apollon, The AA Journal, Meridian and other major astrological publications. Her most recent book is Cycles of Light: Exploring the Mysteries of Solar Returns (2005). She is co-author Of the Mars Quartet(2001) (with Darby Costello, Liz Greene and Melanie Reinhart) and the author of Planetary Threads (1999) , which explores family patterns in astrology. She helped create L’Association Française d’Astropsychologie in Paris.

For information about Lynn’s services as an astrologer please go to: www.lynnbellastrology.com